As part of this instrument demonstration, a ground-based radar instrument (GPRI; see below) was assembled on the campus of the University of Alaska Fairbanks. The instrument location selected for this lab is shown in the image above (bottom left corner of the image). The site is located near the Geophysical Institute and provides good vantage points of Fairbanks, Alaska. The instrument was built to overlook the city and create radar images of town. During the exercise, the instrument was assembled and the components of a typical radar system were explained. Using the instrument, the basic imaging concept behind real aperture radar systems was explained. Test data of Fairbanks, Alaska were acquired and are provided below for inspection.

The GAMMA portable radar interferometer (GPRI) is a real aperture FMCW radar developed by GAMMA Remote Sensing AG that is using fan beam antennas to illuminate a scene. The antennas are mounted on a rotational scanner allowing for 360 degrees scanning angles. The radar image is built up line by line by rotating the antennas in azimuth about the vertical axis. The range resolution of the radar is determined by the 200 MHz bandwidth and is equal to approximately 75 cm. The azimuth resolution is determined by the antenna beamwidth and slant range. The instrument operates at 17.2 GHz with a displacement measurement sensitivity better than 1 mm. UAF ownes four of the GPRI units and is using them for the analysis of glaciers, landslides and other dynamic features.

1. Watch the Recording of the Instrument Demonstration and Revisit Lecture Notes: 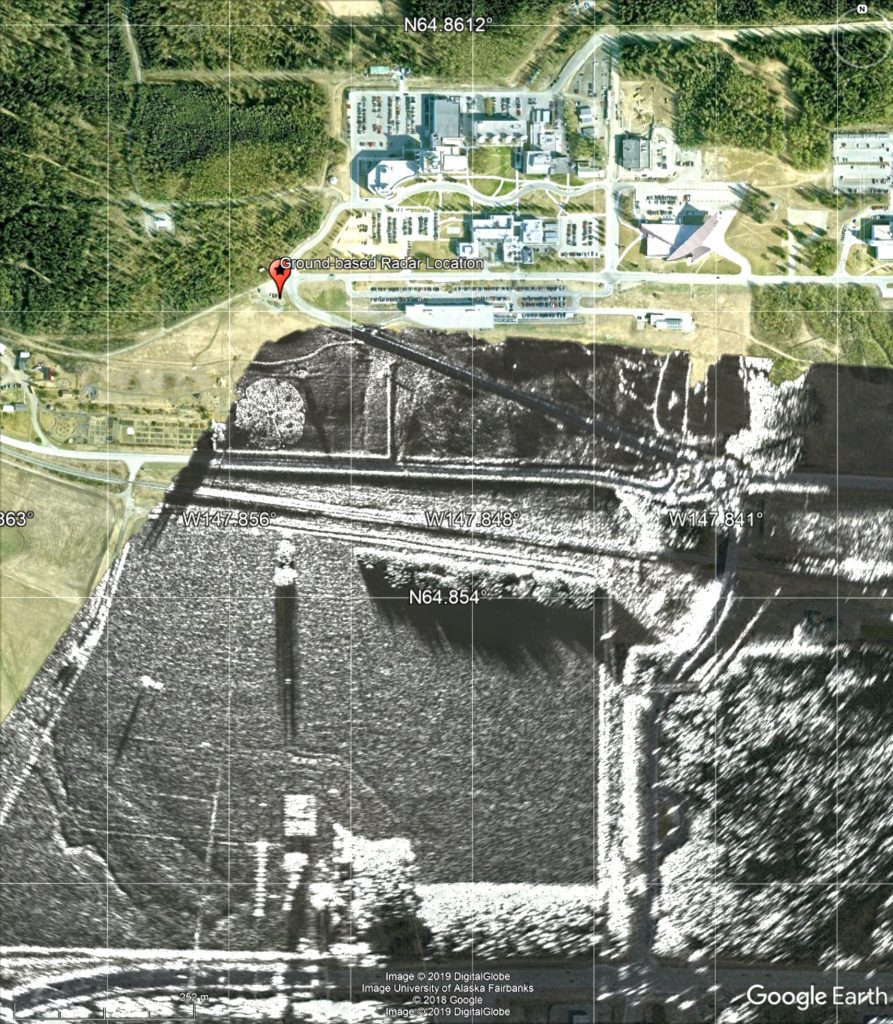 Open it in your Google Earth Software on your desktop computer. The kmz file shows one of the images acquired during the lab session in Feb 2019. The data set is visualized at 70% opacity so that the Google Earth background imagery remains visible behind the radar map (see image to the right). While no formal lab document needs to be submitted, you are encouraged to consider the following questions while studying the lab data set:

The Microwave Remote Sensing class had a brief demonstration of the GPRI system in early March 2017. The features and functionality of the radar were explained. Find impressions of the demonstration below. 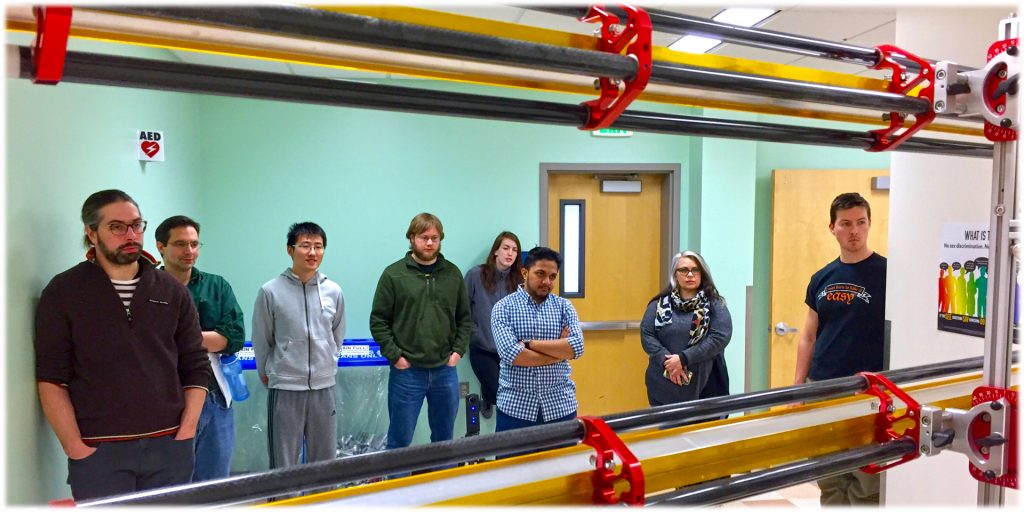 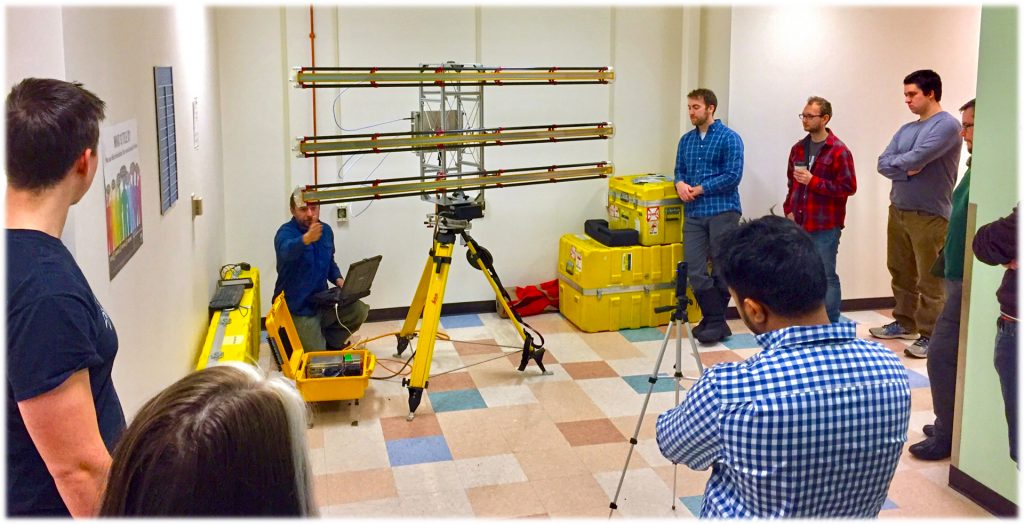 The University of Alaska Fairbanks is an AA/EO employer and educational institution and prohibits illegal discrimination against any individual: Learn more about UA’s notice of nondiscrimination.